The city of Tyumen was founded in 1586 and was the first Russian city in Siberia. In 1581, the Cossack Ermak and his small army defeated the Tartar khanate at their capitol of Chingi-Tura and renamed it Tyumen, opening the way for the Russian colonization of Siberia. Tyumen has always been the central caravan nexus from Central Asia to the Volga River trade routes and its arteries to the Far North and the Far East. The first Russian Orthodox churches in Siberia appeared in Tyumen along with the first canals, telegraphs, and train stations. The first Siberian ships were built in the Tyumen waterfront area. In the nineteenth century, the town was famous for extensive merchant fairs and master craftsmen.

Most of the cultural institutions associated with various religious faiths are situated in the center of the city of Tyumen, including 12 Russian Orthodox churches, 2 Muslim mosques, 1 Jewish synagogue, 1 Catholic Church and the Holy Trinity Monastery Complex.

The city of Tyumen’s rich history includes a page from the last days of Czar Nicholas II and his family. In 1917, the Romanov family arrived in Tyumen by train and were taken to the Tyumen river port on the Tura River, boarded onto the ship “Rus,” and sent into exile at Tobolsk. Earlier in the nineteenth century, Czar Alexander II paid an official visit to Tyumen.

A new era of development in the city of Tyumen began with the discovery of oil and natural gas deposits in the Tyumen region in the 1960’s. The city of Tyumen, with a population of over 560,000, is now the cultural, administrative, and educational center of the Tyumen region. There are over 100 large corporations, 20 institutions of higher education (universities, academies, and institutes), and numerous theaters and concert halls.

Tobolsk is about 270 kilometers (165 miles) from the city of Tyumen. The Tobolsk Kremlin has become a symbol of Russia in Siberia. It was from Tobolsk that, in the sixteenth century, the Russian Cossack Ermak began his military campaigns and conquest of the territory from the Urals to Alaska. A foundry produced weapons, and coins were minted in Tobolsk in the sixteenth century. In their time, Daniel Defoe, Alexander Dumas, von Humboldt (the famous naturalist and explorer), and many other renowned individuals visited Tobolsk. Maria Hlopova, the unfortunate beloved of the first Romanov Russian Emperor, Michael Fedorovich, resided here, as did the family of the last Romanov Russian Czar – Nicholas II. The governor’s house in which the last Tsar and his family were exiled and imprisoned is now a museum (please see photos on our website). The composer A.A. Alyabeev, the author of the famous fairy tale Koyok Gorbynok, Peter Ershov, and the famous scientist-chemist Mendeleev all lived and worked in Tobolsk in the nineteenth century. In 1703, Peter the Great formed the Tobolsk Russian Army Division that took part in all of the famous military interventions of the Russian Empire, including the battles of  Poltava and Borodino, the Russian-Turkish War, and the defense of Sevastopol in 1854-55.

The enigmatic Gregory Rasputin was born and raised in Pokrovskoye, where there is now a Rasputin Museum, which is on the road from the city of Tyumen to Tobolsk.

Our tour “On the Edge” gives visitors the opportunity to worship at holy sites associated with the exile and murder of the last Czar, Nicholas II and his family. Our travel agency regularly hosts pilgrims and secular visitors from within Russia and abroad.

For those seeking adventure travel, we invite you to the northern Tyumen Region – a true hunter’s and fisherman’s paradise, with thousands of kilometers of pristine rivers and streams and primordial forests that contain over 20 different fur-bearing animals sought by professional hunters all over the world, along with an abundance of fowl such as wood-grouse, hazel-hen, heath cock, duck and geese. The rivers are full of sturgeon, starlet, white salmon, muksun, and other precious game fish. Reserves of the siganid fish family in northern Siberia, including the rabbit fish, exceed comparable fish populations anywhere in the world.

Cruises on comfortable river hotel ships on the great Siberian Obi and Irtish Rivers will familiarize the traveler with the ethno-cultural Hanti and Mansi tribes of northern Siberia – the native inhabitants of this unusual land.

Tyumen-Zarubezh-Tour, Inc. is prepared to custom-design a travel program to fit the needs of every individual traveler. We have highly qualified guides and interpreters. We will help you with airline and railroad tickets to and from anywhere in the world, and we guarantee transportation services once you get here. Our tour managers will help you make reservations in hotels and other accommodations that are often considerably below the advertised price.

We are your gateway to Siberia. We are open to new ideas and suggestions, and we will try to do everything possible to familiarize you with this corner of our planet – called Siberia. 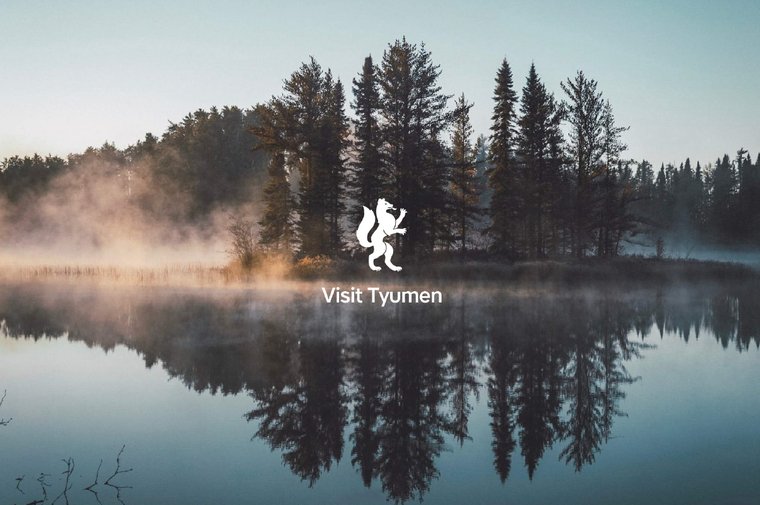